We make the 174 mile round-trip this Saturday - as we head to Hertfordshire. 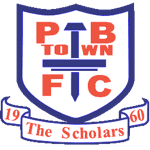 This Saturday, we travel to the Pakex Stadium as we face Potters Bar Town in our Bostik Premier League fixture – 3pm kick off.

The Hillians will be hoping to improve upon Tuesday’s poor display, which saw us fall to a 4-1 defeat at the hands of fellow strugglers, Whitehawk – with just four points now seperating the bottom four clubs.

Simon Wormull & John Rattle have bolstered the Hillians’ defensive line with the re-signing of centre half, Cheick Toure.

Our hosts for the afternoon currently occupy 16th spot in the table, having picked up six points from their previous six encounters. Both sides met in the opening game of the season, which saw the Potters leave the Green Elephants Stadium with a 1-0 victory – courtesy of a late Dernell Wynter strike.

Safe journey to all you Hillians planning on making the trip to support the club on Saturday afternoon – your continued efforts are greatly appreciated throughout the club.