Our fate was confirmed with a 4-2 defeat to eventual survivors, Wingate & Finchley. 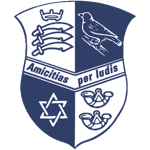 Simon Wormull made just the one change to the side who drew 1-1 at home to Lewes last Saturday, with Josh Tuck replacing the injured Boris Kipeya-Bonno.

The game started slowly, with the hosts enjoying most of the ball without creating many clear cut opportunites. However, in the 14th minute, the Blues took the lead as the Hillians failed to clear a corner, allowing Donovan Makoma to square to Anthony Mendy who made no mistake in curling his effort past Josh James. The goal appeared to fire the Hillians into some sort of life, as Dan Beck and Aaron Smith-Joseph both had efforts fly just wide of the target. In the 30th minute, Tanasheh Abrahams worked some space down the left and picked out Mendy, who’s snapshot rolled just wide of James’ right-hand post. Three minutes later, Tom Cadman turned on the jets and breezed past three Wingate men before firing over Shane Gore’s crossbar. As half-time beckoned, the hosts doubled their lead, as Mendy curled a left-footed effort into the top corner – once again giving James no chance.

The Hillians had it all to do if they wanted to take anything from the game and Simon Wormull reacted by introducing Jack Malleret for Cheick Toure. In the 48th minute, Mendy passed up the opportunity to claim his hat-trick as he blasted over from Rob Laney’s deep cross. In the 54th minute, the Hillians halved the deficit, as Dan Beck tapped into an empty net following Malleret’s header rebounding back off the crossbar. The Hillians had a spring in their step and were beginning to play some fantastic football. Just two minutes later, ASJ stung the palms of Gore with a thunderous effort. The Hillians made their second change of the afternoon with half an hour remaining, as Dan Choules replaced Josh Tuck, In the 68th minute, the Hillians deservedly drew level, as ASJ’s cross wasn’t cleared and fell to Joe Felix – who blastered his effort past Gore at his near post. At this point, a draw for Wingate wouldn’t be enough to save them from the drop. The Hillians were enjoying their best spell of the game and could have taken the lead as Pat Harding was thwarted by the palms of Gore. But, the Hillians knew the kitchen sink was imminent and in the 76th minute, Sean Cronin smashed the crossbar with an audacious overhead kick. Five minutes later, the hosts regained the lead as Charlie Ruff poked home from close range following a scuffed overhead kick from Mendy. Harding, again, then forced a fine save from Gore, before the Blues secured their survivial with a fourth – thanks to a fine solo effort from Luke Ifil.

So, our relegation from the Bostik Premier League is confirmed after four seasons.

A massive thank you to every single one of you Hillians who travelled to North London yesterday afternoon. Your support this season has been second to none and you are an absolute credit to us. 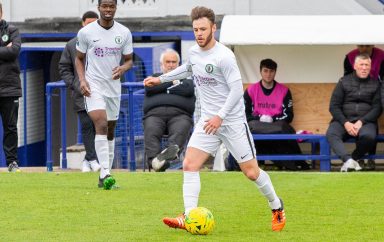