The Hillians succumbed to a 2-0 defeat away at AFC Hornchurch. 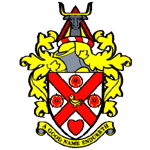 Simon Wormull was forced to make a couple of changes to his starting XI, with injuries to, Tom Cadman, Dan Beck and Gary Elphick. Youngster Jack Malleret was handed his first league start, as was Jared Rance (for the Hillians) and new loanee Aiden Enver was named on the bench.

The first chance of the game fell to Bennett, after just 2 minutes, but the midfielder was unable to keep his shot on target following a surging midfield run. Josh James was called into action in the 9th minute, as he twice denied the hosts, first thwarting Prescott and then Purcell from close range. In the 14th minute, debutant Rance almost opened his Hillians account with a bang, but his thirty yard effort flew just over the crossbar. The hosts opened the scoring in the 23rd minute, as Prescott finished nicely from Marks’ clever flick-on. The home side had all the momentum, and in the 33rd minute extended their lead, as a quick free-kick made it’s way to Purcell, who made no mistake slotting past Josh James. Rance was proving a threat, and just moments later, had another effort saved well by Chafer. The half petered out with the Urchins in control.

Simon Wormull made two changes at the break, introducing Gary Elphick and new loanee, Aiden Enver. In the 47th minute, Richmond did well to keep the score at two, blocking Purcell’s strong effort. Marco Correia was introduced in the 50th minute for the injured Malleret. Ben Pope, on his return to the starting XI following a nasty facial injury, had two golden opportunities to half the deficit. First, he couldn’t manage to direct his header on target, before moments later, rounding Chafer only to see his effort fly wide of the target. Correia was next to knock on the ‘Church door, but his curling effort clipped the outside of the post. It seemed to be panning out to be ‘one of those afternoons’ for the Hillians. Elphick headed wide from Jonah’s long throw-in, in the 77th minute, as the Hillians continued to go in search of a goal. However, the hosts held firm to pick up a valuable three points at the bottom of the Bostik Premier League.

A disappointing afternoon for the Hillians, as a sloppy first half performance gave us a mountain to climb, and despite an improved second period, we slip to our second successive league defeat.

The Hillians MOTM was awarded to Gary Elphick, who despite carrying an injury, led the back line expertly during the second half.

Once again, an absolutely fantastic effort from you travelling Hillians supporters! Your support, even when results do not go our way, continues to be incredible – thank you.