The Hillians will be looking to get back to winning ways when we travel to Sevenoaks at the weekend. 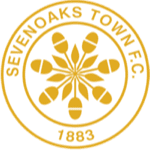 Since Jay Lovett and his coaching staff won Manager of the Month for January, February’s results have been less successful. 3 straight defeats, and the players will undoubtably be desperate to not let that become 4 when we head to managerless Sevenoaks on Saturday.

The Bourne Stadium is the destination for this weekend’s fixture and with the play-off chasing pack all getting rather crowded towards mid table, every point is vital as we aim to finish the season strongly. We currently sit 8th, a point behind 7th but only 3 clear of 11th. This upcoming fixture will be the third time this season we have battled the Oaks. We got the better of them on penalties in the FA Trophy and also won 3-2 in a tight game at the More Than Tyres Stadium thanks to a late Lewis Finney winner.

Our hosts currently sit 18th with 23 points from 27 games. They fell to a 4-0 defeat at high flying Ashford last weekend and that proved to be Sevenoaks Manager Micky Collins last game as they parted ways in the following days after.

A very safe journey to the band of Hillians trekking down to the Bourne Stadium, especially those on the supporters minibus where the last few seats remain if anyone is interested!