The Hillians got their FA Cup campaign off to a fine start with a 3-0 victory over Bearsted.

There was 2 new signings in Jay Lovett’s matchday squad ahead of this FA Cup tie and one of them, Michael Uwezu, made a bright start in the green and black. After some good play from Danny Uchechi, he fed the ball out wide to Uwezu but the debutants cross was just cleared before Uchechi could tap home. From the resulting corner, Connor Tighe flashed an effort across the face of goal with no Hillian tapping home at the far post. It was an end to end start and it wasn’t long before our hosts threatened for the first time. A swift counter attack led to a curling effort dip just wide of Taylor Seymours goal. The Hill had the better of the opening 20 minutes and should of opened the scoring. Good work down the left from Lewis Finney and Martyn Box led the latter pulling the ball back to Connor Tighe who’s goalbound effort was blocked before Lewis Finney fired the rebound over.
Chances were coming thick and fast in the first 30 minutes but not many troubled the Bears keeper. A corner fell kindly to Lewis Finney but when well positioned, he couldn’t keep his effort down. As the half entered its final embers, the hosts almost took the lead. A failure to clear a Bears corner almost gifted the opening goal but luckily the loose ball fell to a defender and not an attacker who fired high and wide. In added time at the end of the first half, the Hillians won a free kick and consequently opened the scoring from it. The free kick was whipped to the back post where Harry Pollard nodded down for Danny Uchechi to dink over the onrushing keeper and open his account for the season.

If it was a late finish in the first half, it was a fast start in the second! Only 4 minutes had passed since the break before Reggie Ward doubled our lead with his first senior goal. Pat Harding sprayed the ball out wide to him and from then on it was all Ward. He burst past 3 Bearsted players, cut inside onto his left and curled a wonderful strike off the bar and in. Michael Uwezu almost capped his impressive debut with a goal but after he had muscled his way through the defence, he couldn’t beat the keeper. Chances were flowing in this second half, Bearsted almost halved the deficit but an outstanding save from Taylor Seymour denied them. That save was even more vital as down the other end, Harry Pollard finished the Bears off. A corner was floated in and after Pat Harding had kept it alive, Harry Pollard timed his run to perfection to bury a bullet header past the hapless keeper. Taylor Seymour has throughly impressed since joining the club in the summer and he pulled off another impressive save from point blank range to dash any hopes of a comeback. It wasn’t his last involvement either as with the last action of the game he had to get down low to his right to preserve his clean sheet.

A really impressive second half ensures a comfortable passage into the next round of the FA Cup.

Thank you to the all the travelling fans who made the journey to support the club!

Next up, we return home as we welcome Phoenix Sports to the More Than Tyres Stadium. 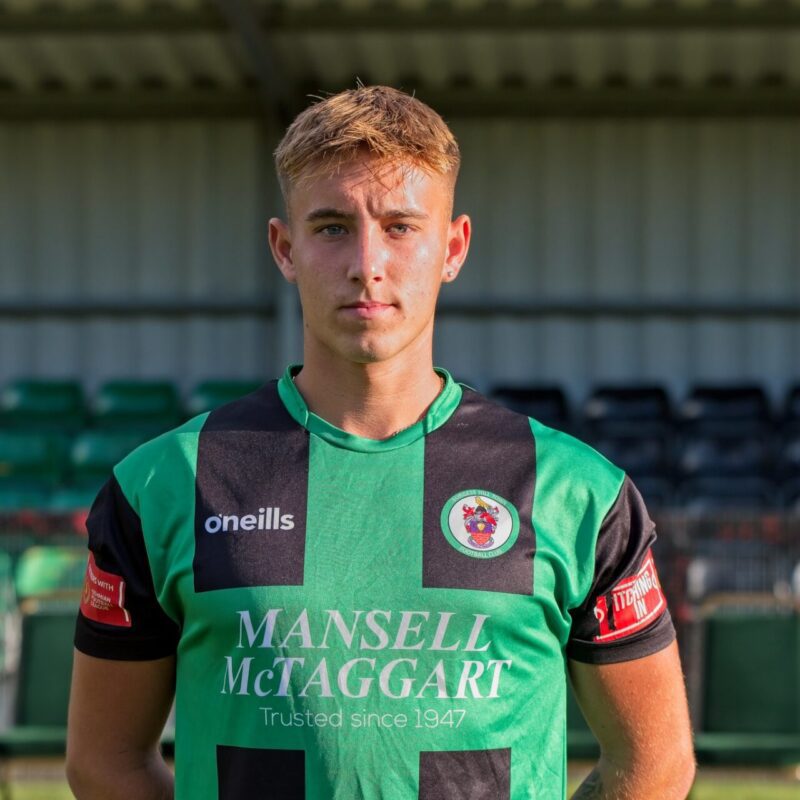