Our second mid-season friendly finished in narrow defeat to a good Chipstead side. 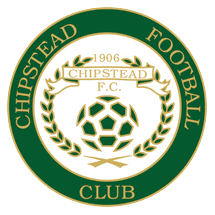 The Hillians started strongly, with Aaron Smith-Joseph testing the Chipstead ‘keeper inside the opening seven minutes. Alfie Jones was quickly called into action not once, but twice, saving low on both occasions. Daniel Akinwunmi almost gave the Hillians the lead, but his strike flew just over the visitors’ crossbar. On the half-hour mark, it was Chipstead who took the lead, as Tom Collins slotted home following a defensive error. Martyn Box produced a fine block to prevent the Surrey side from doubling their advantage, before former Hillian, Marco Correia produced his own superb block to deny Akinwunmi down the other end.

Jay Lovett made eight changes throughout the course of the second half – with Tuesday evening’s FA Trophy tie against Welwyn Garden City in mind. If truth be told, the half never really got going – with a real ‘friendly’ feel to the game. Both sides enjoyed spells of possession without creating anything clear-cut. A couple of half chances came and went, before referee, Will Briers’ whistle brought an end to another good run-out.

A frustrating afternoon result-wise for Jay Lovett’s men, but another great opportunity from the squad to blow away any lockdown cobwebs ahead of Tuesday evening.

Amazing to see you all back at the More Than Tyres Stadium! Thank you for your cooperation in ensuring all COVID-19 guidelines were adhered to.

Next up, our FA Trophy adventure continues! 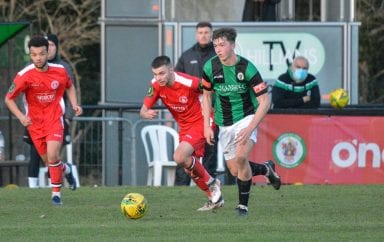 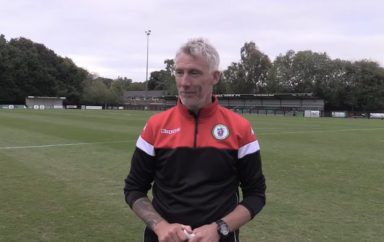