The Hillians put themselves in the driving seat to qualify from Group 4 of the Velocity Trophy - with a 2-1 victory over Hastings United. 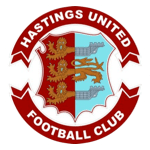 The Hillians made a bright start to their penultimate Velocity Trophy Group Stage tie, with skipper, Scott Kirkwood forcing Louis Rogers into an early save and a fantastic block denied Josh Short within the opening fifteen minutes. Down the other end, Hastings passed up a golden opportunity – which nobody could quite believe! A low cross across the box somehow found its way to Kenny Pogue who, from virtually underneath the crossbar, managed to hit it over. The visitor’s pressure continued as Josh James was forced into a fine save – tipping Sam Beale’s free-kick onto the upright. Unfortunately, there was nothing JJ could do about the visitor’s opener, as Sam Adams found himself one-vs-one and expertly dinked it over the Hillians stopper to open the scoring. Max Miller should of levelled immediately, but his shot found the grateful arms of Louis Rogers. The half came to a close with the U’s leading and our trophy campaign hanging by a thread.

Chris Agutter’s side started the second half strongly and bossed possession for the opening exchanges. In the 64th minute, out of nothing, Aaron Smith-Joseph conjured up a bit of magic; his powerful left-footed effort was too strong for Rogers to handle. The game was turned on it’s head in the 75th minute as Smith-Joseph, this time the provider, found Pat Harding who nonchalantly slotted home to give Jay Lovett’s side the lead. The Hillians back line held firm to get themselves a great chance of qualifying to the Knockout Stages.

A brilliant performance from a much-changed Hillians outfit.

The Hillians MOTM was awarded to Aaron Smith-Joseph, who tormented the U’s all evening and was a key figure in both of the Hillians goals.

Next up, it’s a return to league action with a long trip to the Bay! 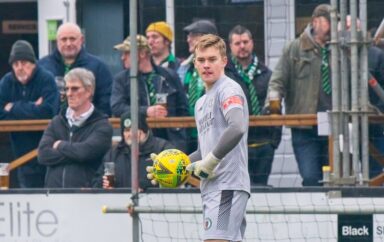 West (Sussex) Side Is The Best 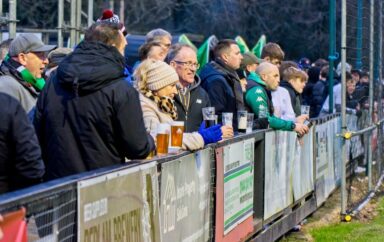