The Hillians rescued a point in the dying embers on a miserably wet afternoon in East Grinstead. 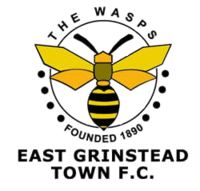 The Hillians started the game brightly, with Max Miller and Pat Harding both being denied by Brannon Daly inside the opening ten minutes. It was Aaron Smith-Joseph who was next in the queue to test Daly, but the winger couldn’t keep his effort down with only the keeper to beat. The hosts gradualy began to grow into the game, as Josh James was forced into a flurry of very smart saves on the stroke of half time to keep the scores level.

The Wasps took the lead, in the 49th minute, as Thomas Bramble tucked his effort home following an almighty scramble inside the Hill area. James was once more called into action, saving well from Stephen Smith, before Charlie Bennett’s lunging block thwarted Grinstead from doubling their advantage. Jay Lovett’s men huffed and puffed, but it was destined to be ‘one of those afternoon’s’. That was until the final minute of injury time, as a long free-kick found the head of Junior Baker, who’s goalbound effort sparked some enthawling pinball inside the Grinstead six-yard box, before being poked home by Bennett. The Hillians had somehow salvaged a point from the depths of defeat.

A valuable point gained for the Hillians – but plenty of room for improvement ahead next weekend.

The Hillians MOTM was awarded to Josh James, who undoubtably kept his side in the game with a series of stunning saves.

Next up, Sittingbourne come to town. 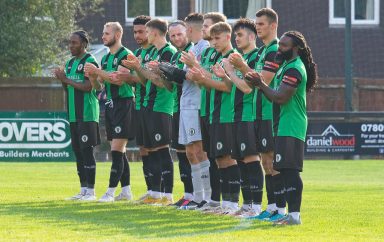 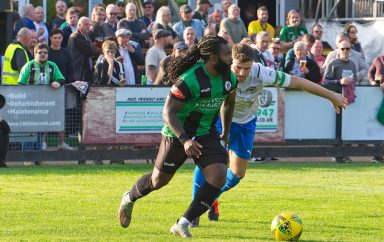