On an extremely miserable afternoon in Mid Sussex, the Hillians certainly gave the home faithful something to cheer about in Jay Lovett's first taste of the Isthmian League South East Division. 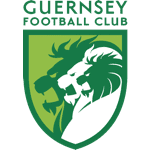 With doubts over whether the game would go ahead, the pitch remarkably held the rampaging water well and ensured a competitive ninety minutes of football were to be played. It was the visitors who had the first chance of the game, as Tom De La Mare fired wide for the Green Lions. The Hillians’ first effort fell to Pat Harding, making his 399th appearance for the club, but he was denied, for now, by Callum Stanton. The rain continued to batter the Green Elephant Stadium, as Jay Lovett’s side squandered a golden opportunity – as Aaron Smith-Joseph missed the target with only Stanton to beat. Eventually the Hillians took the lead, as that man Pat Harding nodded home from Andrew Briggs’ corner to spark brilliant scenes amongst the home fans. The half came to a close with chances for both sides.

As the second half commenced, the pitch continued to take a battering, but full credit to the referee, who managed the conditions brilliantly – with no complaints from either side. Guernsey passed up a couple of clear-cut chance to level the scores, as stalwart, Ross Allen just couldn’t find his shooting boots. In the 79th minute, Smith-Joseph finished off a delightful Hillians move to give his side a two-goal advantage. That man, Smith-Joseph, well and truly put the cherry on top, in the dying embers, as his delicate chip evaded Stanton and rolled into an empty net.

A fantastic performance from Jay Lovett’s men, in not so fantastic conditions!

The Hillians MOTM was awarded to Scott Kirkwood by our matchday sponsors, Ashdown Roofing.

Once again, an absolutely brilliant turnout from you Hillians in torrential conditions – that one was for you!