Last night, the Hillians suffered a 3-0 defeat at the hands of Leatherhead. 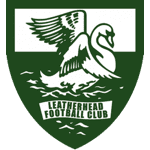 Simon Wormull made just the one change to the side which beat Merstham on Saturday afternoon, handing Boris Kipeya-Bonno his first start in a Hillians shirt, with Dan Choules missing out through illness.

On a cold November’s evening in Surrey, both sides started evenly with clear cut chances coming at a premium. That was until the 19th minute, when Jeremiah Amoo capitalised on the Hillians failing to clear our lines, and smartly tucked the ball past Josh James. The Hillians reacted well, and in the 25th minute almost found an equaliser. Keano Deacon rounded the on-rushing Oualah, only to hit the side netting from a very acute angle. The remainder of the half petered out, with neither side managing to register a chance of any real description.

Andre McCollin was introduced for Ben Pope at half-time – who had been struggling with illness. Gary Elphick and James Richmond were forced to deal with an onslaught of direct balls, with Okojie proving to be a constant threat to the centre half pairing. The changing point in the game came in the 78th minute, as Ibrahim Diallo, who had only been introduced minutes earlier, saw red for a lunging challenge in the middle of the park. Just 2 minutes later, Okojie doubled the hosts lead as he expertly guided his header into the bottom left-hand corner. The man advantage continued to show, as the hosts extended their lead, with Amoo getting his second of the game in the 84th minute to claim all three points for the Tanners.

A disappointing evening in Surrey for the Hillians, as we suffered just our 4th loss from our last 12 games.

The Hillians MOTM was awarded to Keano Deacon, who despite the scoreline provided the Hillians with a constant threat.

Next up, we’re off to the Casuals! 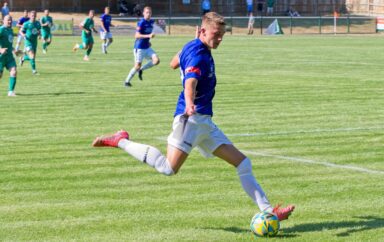 A Clinic In Finishing 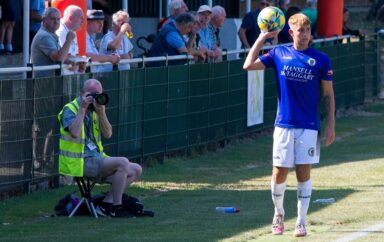