The Hillians welcome Whitehawk to the Green Elephants Stadium on Saturday, for what will be the club's second Sussex derby in six days. 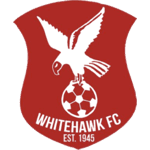 Ian Chapman will have been pleased by his side’s defensive display at Worthing on Bank Holiday Monday, and will be hoping it’ll give them confidence going into Saturday’s showdown with the Hawks, as he looks to secure the club’s first win of the new season.

Hill put an end to Worthing’s 100% start to the season, also becoming the first team to stop them scoring – a factor that would have been just as pleasing to Chapman having witnessed his side ship six to Enfield Town just two days prior.

Having featured from the bench during both games, new signing Andre McCollin will be pushing for his first start in attack.

Whitehawk have made a steady start to life back in the Isthmian League following their relegation from National League South. They currently sit 11th in the table with six points from their five matches, but have only lost once – a 3-2 home reverse at the hands of Wingate & Finchley on Saturday.

Recently appointed manager Jude McDonald has more-or-less had to completely re-build his squad following relegation with former Hillians James Fraser, Brannon O’Neill and Lucas Rodrigues all in line for a return to the GES this weekend.

The Hillians Bar will he showing Manchester City vs Newcastle, LIVE on BT Sport, after our 3pm kick off.

Thank you to BlackSheep Fire & Eletrical for sponsoring this fixture.

Let’s pack the Green Elephants, and get behind our football club! 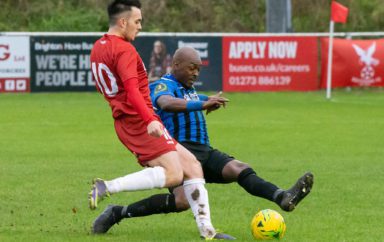 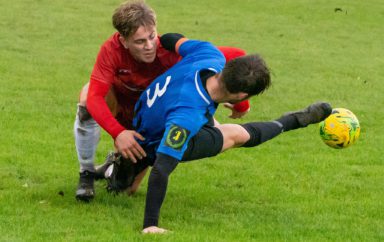