Our final game of pre-season ended in defeat, at the hands of Harrow Borough - despite goals from Aaron Smith-Joseph & Kieron Pamment

The Hillians travelled to North West London, for their final pre-season fixture, before the start of the 2018/19 Bostik Premier League campaign.

Harrow started the game brightly, and opened the scoring in the 3rd minute, when Anthony O’Connor slotted past Josh James in the Hillians net. The home side doubled their lead in the 6th minute, when prolific forward, Ryan Moss, fired a bullet header into the top corner, giving Josh James no chance. The Hillians grew into the game, with a long journey and late arrival clearly doing the players no favours! In the 41st minute, arguably the standout man of pre-season, Aaron-Smith Joseph, produced a trademark run and finish to half the deficit. However, this was short lived as Moss grabbed his second of the afternoon, slotting home from the penalty spot.

The Hillians continued the press during the second half, without creating too many clear cut chances. Chapman rang the changes throughout the second half, ensuring that all the squad gained valuable minutes. Ben Pope’s physical presence, and Kieron Pamment’s pace gave the Harrow back line problems throughout the half, yet goal-scoring opportunities were at a premium for both sides. The Hillians did manage to grab a goal back in the dying embers, as Tom Cadman was brought down inside the box, following a surging run. Kieron Pamment made no mistake from twelve yards, dispatching his penalty past the Harrow ‘keeper, for his second goal of pre-season.

A big thank you to Harrow Borough for hosting us, on what was a warm afternoon of football, and good luck in your debut season in the Southern League. 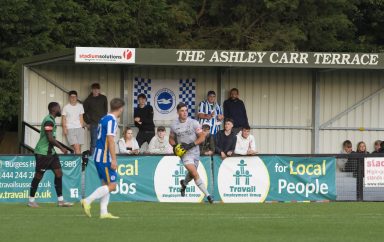 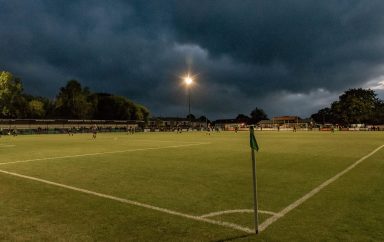